The interest in the use of hydrocarbon refrigerants (HC), as well as for all other natural refrigerants (eg ammonia, carbon dioxide), originated from when it was discovered that the CFC and HCFC fluids are bad for ozone air while HFCs contribute quite significantly to the greenhouse effect. Otherwise, the use of natural refrigerants not entail problems for the environment.
They do not contain chlorine or fluorine, being composed of carbon and hydrogen. Hence their progressive success not only as a working fluid in refrigeration systems. However the flammability is the big rock that did not allow these fluids to be accepted universally in the market. In favor, however, the use of HC, certainly play the good heat transport properties (that requires refrigerant reduced loads) and the possibility of use of mineral type oils, which allows to avoid the problems related to the humidity due to use of sintetic lubricants. 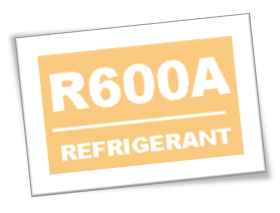 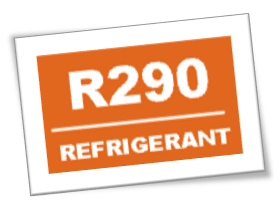 We use cookies on our website to offer you the most relevant experience by remembering your preferences and repeat visits. By clicking on "Accept" you agree to the use of ALL cookies. However, you can visit the Cookie Settings to provide controlled consent. Read more
Cookie settingsACCEPT ALLREJECT
Manage consent

This site uses cookies to improve your experience while browsing the site. Out of these cookies, the cookies that are classified as necessary are stored on your browser as they are essential for the basic functionality of the website to function. We also use third party cookies that help us analyze and understand how you use this website. These cookies will be stored in your browser only with your consent. You also have the option to disable these cookies. But disabling some of these cookies could have an effect on your browsing experience.
Necessary Always Enabled
Necessary cookies are absolutely essential for the website to function properly. These cookies guarantee the basic functionality and security features of the website, anonymously.
Functional
Functional cookies help perform certain functions such as sharing website content on social media platforms, collecting feedback and other third party functionality.
Performance
Performance cookies are used to understand and analyze key website performance indices which help provide a better user experience for visitors.
Analytics
Analytical cookies are used to understand how visitors interact with the website. These cookies help provide information on visitor numbers, bounce rate, traffic source, etc.
Advertisement
Advertising cookies are used to deliver relevant ads and marketing campaigns to visitors. These cookies track visitors to websites and collect information to deliver personalized ads.
Others
Other unclassified cookies are those that are analyzed and have not yet been classified into a category.
Save & Accept
Powered by